Most sorbian institutions are located in Bautzen. The city is considered as the center of the Upper Lusatian Sorbs. The regional association „Jan Arnošt Smoler” would like to fulfill this high standard. It reals above all with the development and promotion of the sorbian language in everyday life and profession.

Furthermore, the regional federation organizes and supports for example discussions in sorbian as well as she cares about traditions. For presenting our traditions some kindergardens and schools received national costumes as loans, which the children wear every year to the bird wedding or to the May-tree-throwing. Showing common roots and history is the main intention of projects at schools in our territory.

Theme nights, choir concerts in autumn, events with several topics offer local groups and other interested persons an exchange in sorbian language and matters. With the preservation and development of existing language areas also less daring Sorbs are encouraged to use their native language in public.

In addition, the regional association maintains contact with other political instances through the participation of its members in several committees for sorbian matters.

The Bautzen regional association was founded on July 24th, 1921 and was one of the largest in the German Democratic Republic. With the german reunification of 1989/90, however, the number of members dropped significantly. Engaged members went into newly or again created profession associations. With the social development in the past twenty years the conditions in the villages have changed a lot. Therefore our contents are no longer defined by sorbian topics only. Instead, it is about the promotion of cultural work in general. So it`s important to inspire als Germans for a cooperation – and finally for the support of sorbian interests.

The “Jan Arnošt Smoler” association has formed many cooperations over the years. The administration of the UNESCO biosphere reserve Upper Lusatian Health and Pond Landscape in Wartha has become a good partner. We signed a cooperation agreement in 2010 with the state-owned enterprise Sachsenforst as its sponsor. Since then, technical terms and geographical names in print products appear as bilingual as possible.

The local history association “Radiška” in Wartha arranges active Sorbian life. Among other projects it is the sponsor of the local school museum named “Korla Awgust Kocor”. It shows a sorbian school life 200 years ago with historical background and the over decades increasing language suppression and germanization.

The work of the Domowina regional association Bautzen is characterized by a partnership of majority and minority. Biculturalism and multilingualism are regarded as unique selling points of the entire region. However, this requires the willingness to consciously face this issue. The Saxon Sorbian law provides an exemplary framework for this. However, they are not yet fully implemented in everyday life, especially in using sorbian language at any time it`s possible.

Our members of the regional committee work as a link in different sorbian and german associations (like e. g. Bjesada, ZSST z.t., Maćica Serbska).

Foreigners are fascinated by the co-existence of the two cultures in Lusatia, but many locals are unconcerned about it. Sorbian or bilingual signage, for example, despite clear legal requirements, is not a matter of course everywhere and not for everyone. To maintain and develop the language and culture of the Sorbs is becoming increasingly difficult in modern society. Today the young people including young Sorbs have the opportunity to live and work all over the world or at least outside Lusatia. They question thereby less the history of their ancestors and consider the advancing technology of the society as the one solution. The sorbian language is banned more and more from everyday life. Therefore it`s a main subject for us to involve young Sorbs in our regional association matters . 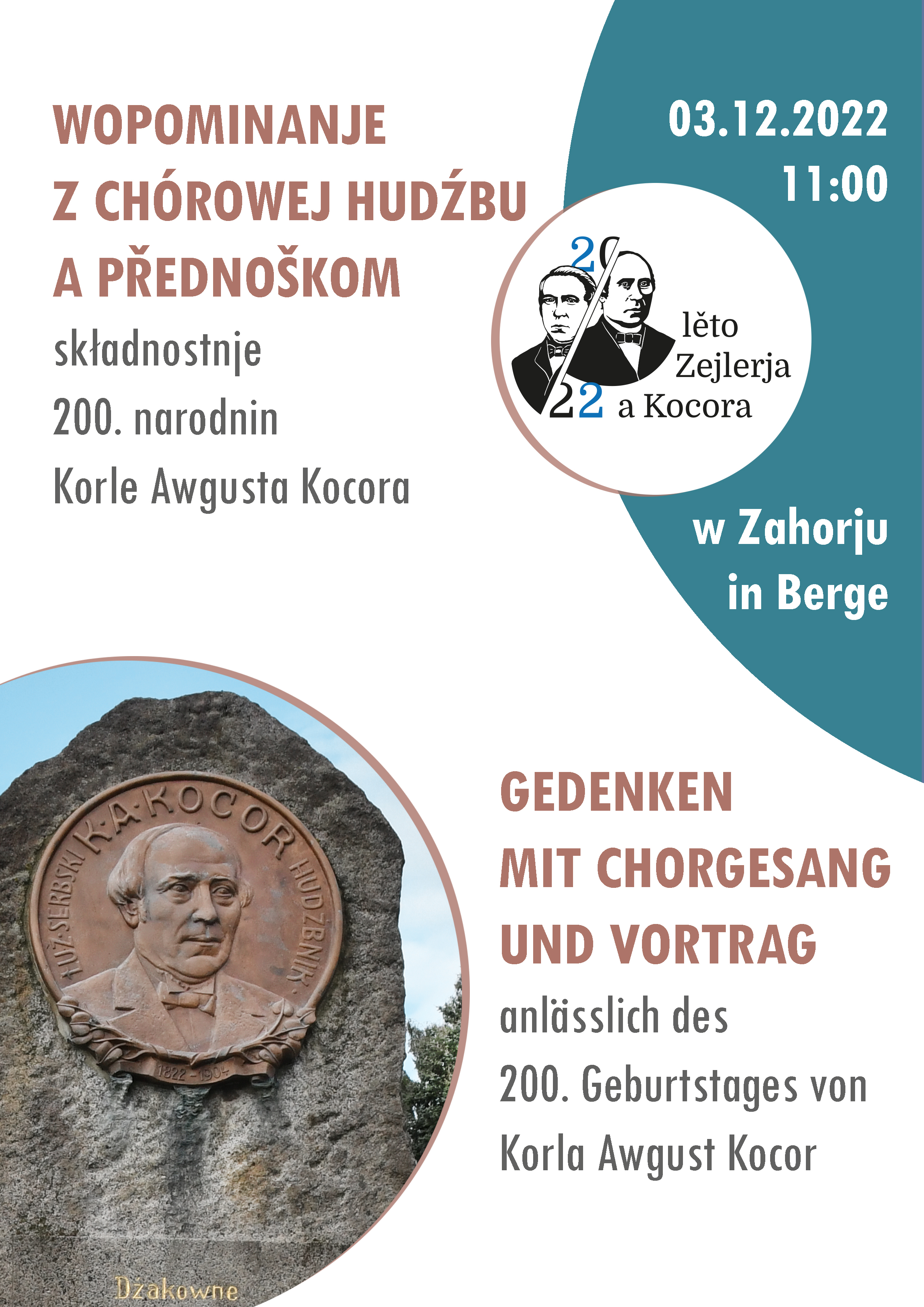 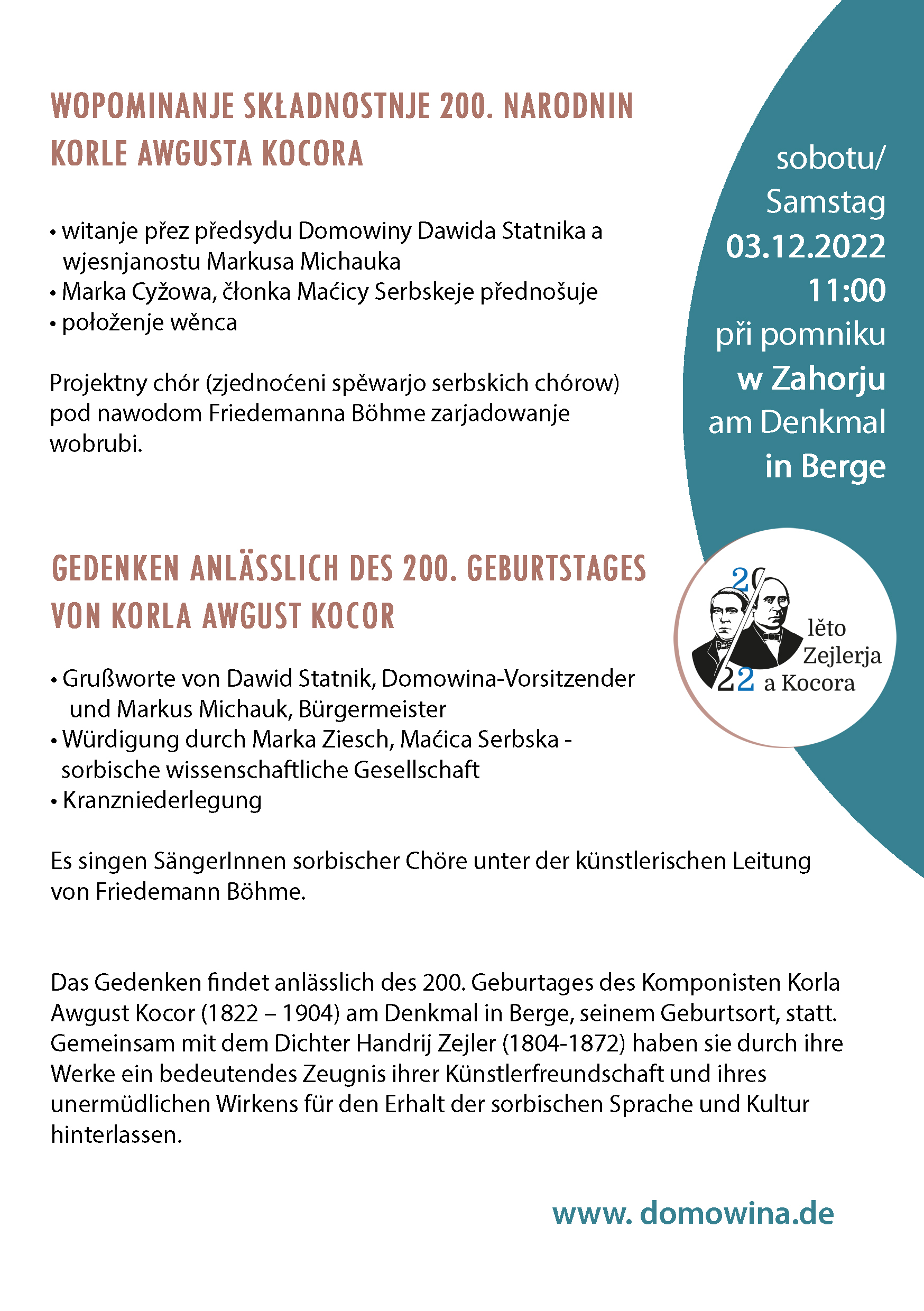 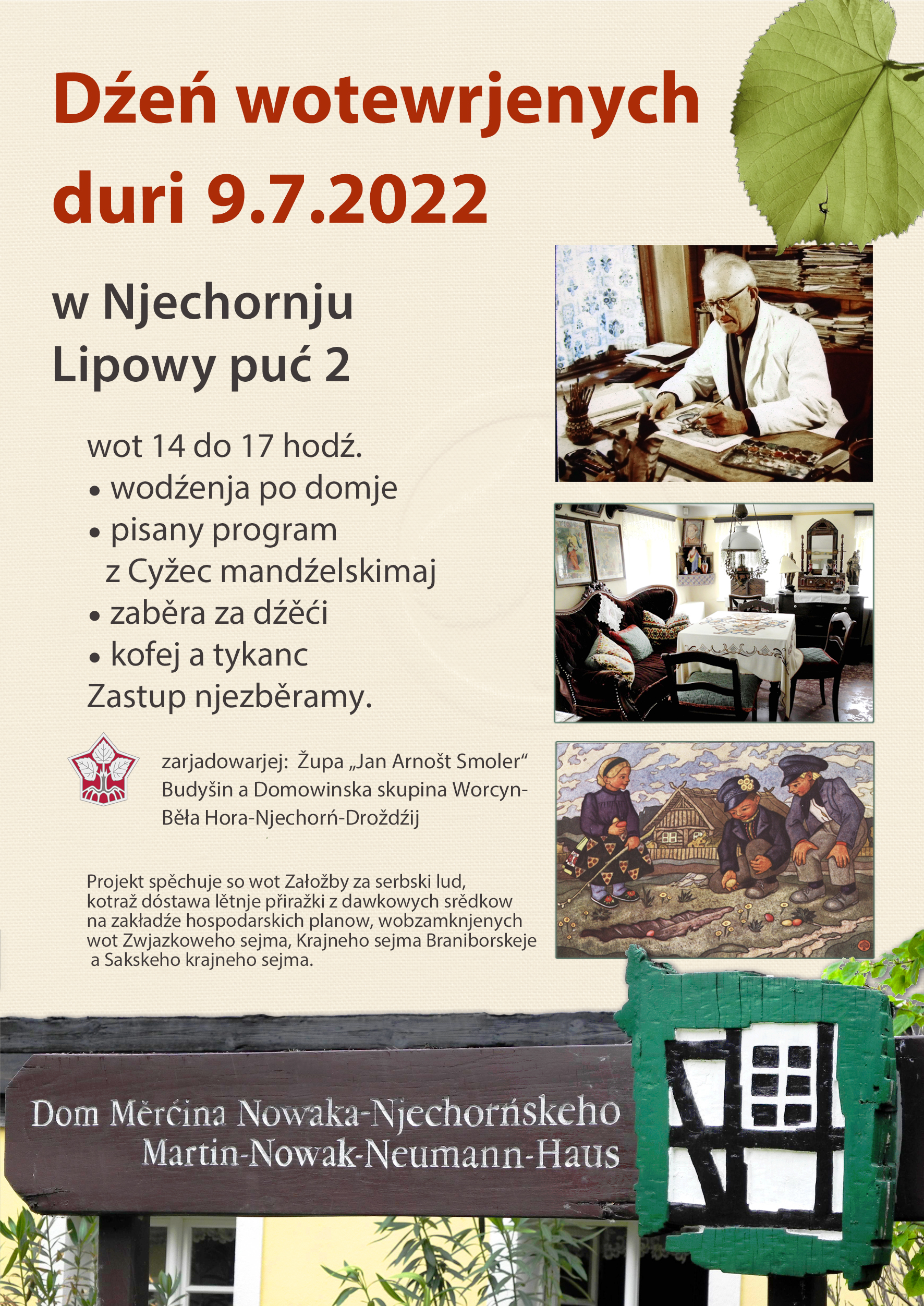 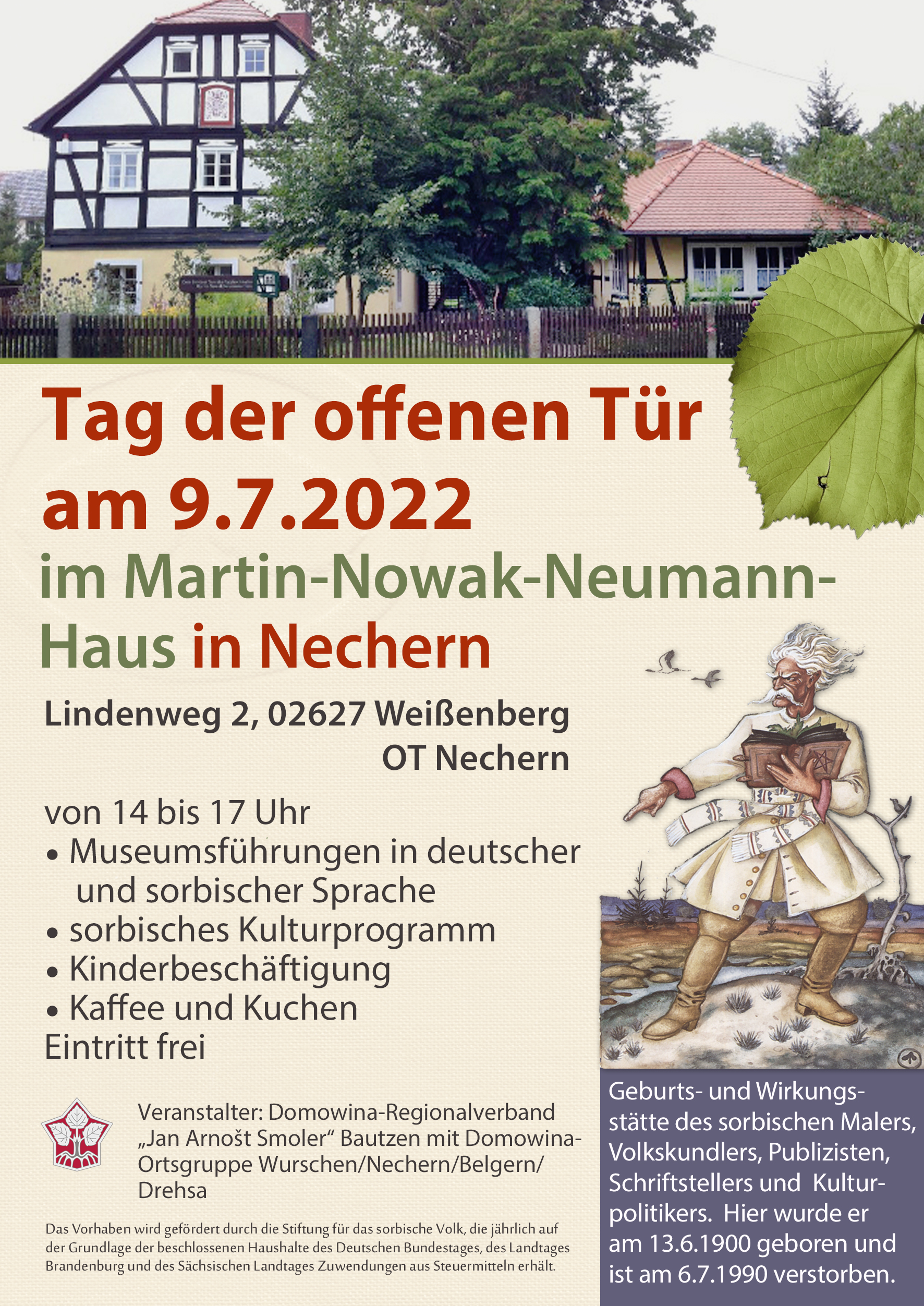 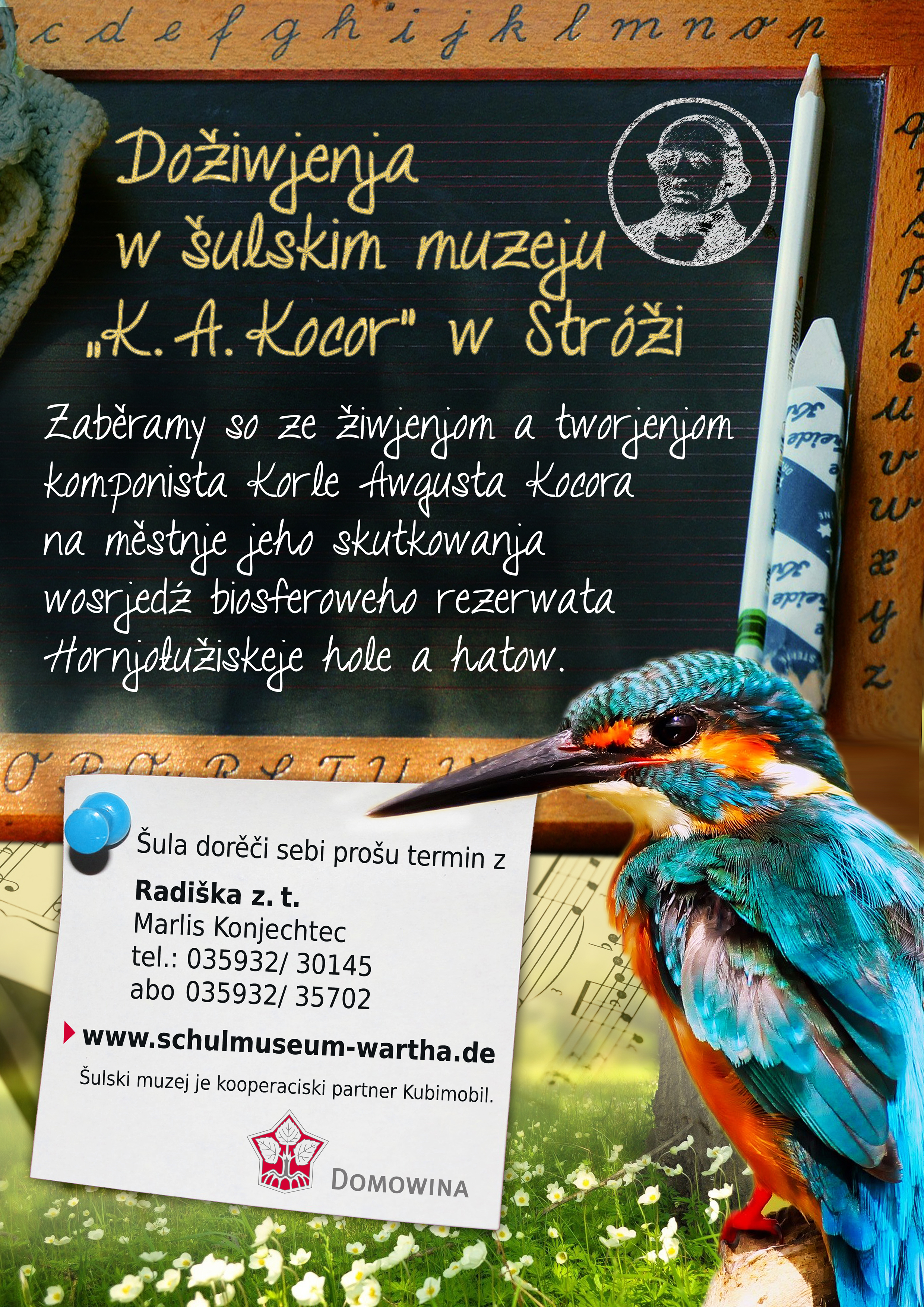